What do I think of the deal announced on October 17 by EU and UK ?

I have been asked many times on Quora and Twitter what I think of this last minute deal that has been struck between UK and EU negotiators just before we reach another deadline set for October 31st and UK would crash out of the EU without a deal in a disorderly fashion.

First of all this is nothing like the hard fought breakthrough that the Johnson administration would like you to believe it is. This reheated deal was already offered to Theresa May more than two years ago.

The main difference is that the border between EU and UK has been moved to the middle of the Irish sea for convenience. Items removed from the Political Declaration also pave the way for erosion of workers rights, environmental standards and consumer protection.

Boris’ famous deal will fall at the first hurdle and here’s why:

It is my understanding that EU, UK and Republic of Ireland are all co-signatories to the Good Friday Agreement (GFA) and they want to avoid at all costs breaking international law by imperilling that Agreement. Creating a hard border on the island of Ireland would require ‘security installations’ which are prohibited in the GFA. Now they have agreed that to all intents and purposes Northern Ireland stays in the regularly sphere of the EU, there is no need for that border. What checking that still needs to be done would take place in commercial ports and those customs posts presumably would not be considered ‘security installations’ and be considered worthy of attacks by IRA terrorists.

Mind you the Unionists have already said they’ll vote against this deal anyway, so the deal will not pass parliamentary scrutiny and fall at the first hurdle. Boris Just does not have the votes. He may try to suggest that he had a deal and that therefore no-deal comes up trump again. Legal minds much stronger than mine assure me that this is an illusion.

That means that in two days, we’ll be back to asking for an extension.

This time for a GE and a People’s Vote. 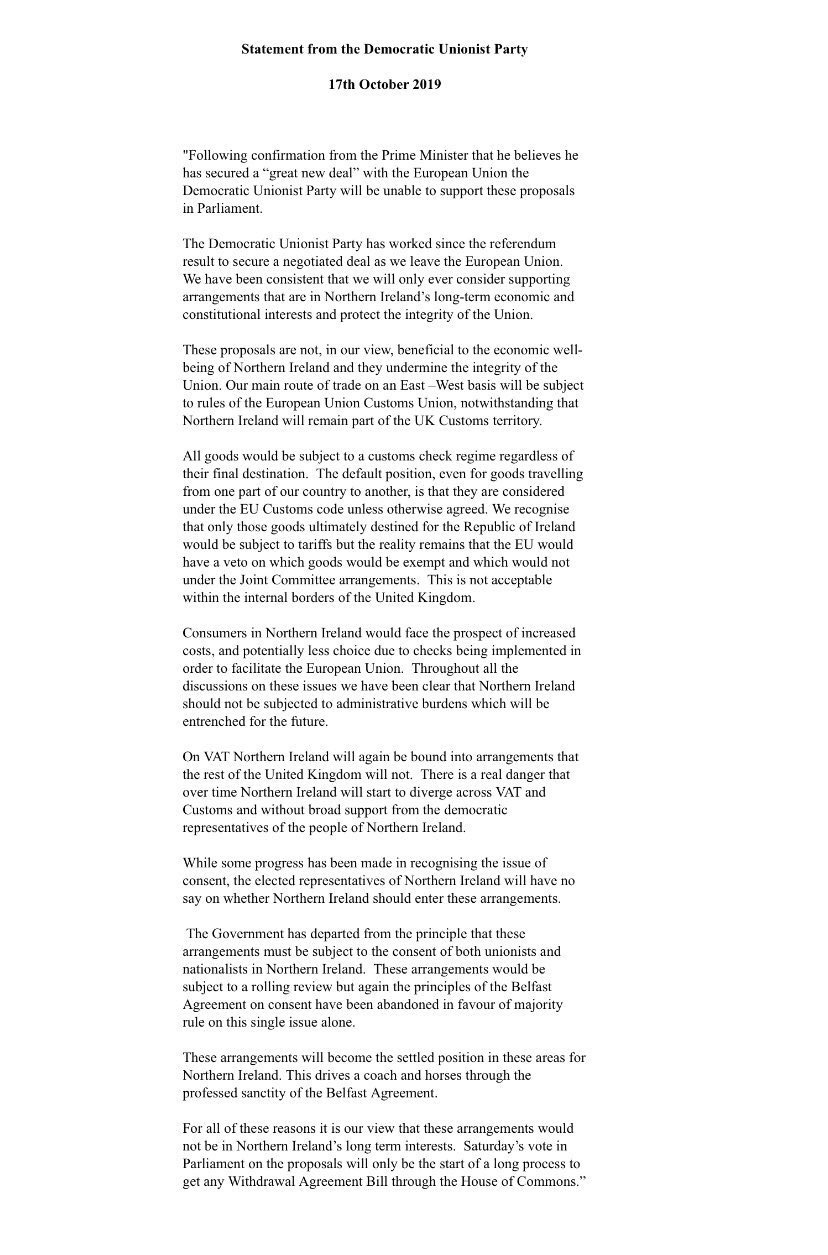 Passionate about Identity Management Disgusted at #ukip and #brexit
View all posts by lasancmt →
This entry was posted in Uncategorized. Bookmark the permalink.