Why does Britain need to strike it’s own trade deals?

There are some terribly naive Brexit voters, that think to increase trade, all you have to do is have half wits like Liam Fox and Liz Truss fly first class around the world signing bits of paper promising ‘Free Trade’.

They never explain what’s wrong with the sixty odd trade agreement we have with the world through our EU membership. What they mainly seem to achieve is to ‘roll over’ those deals, in other words continue them on the same terms as we had in EU. Is that what UK suffers this Brexit shambles for?

Anyway, before a country can benefit from exports, it has to have surplus production or at least the capacity to produce more than for its own internal needs and market. Let’s look at an example.

Britain is not self sufficient in food. It imports roughly 40% of the food it consumes in a year.

Yet it can be the case Britain has a surplus of a particular food while being short on another.

A good example is Welsh lamb. There we have a situation that nearly 60% is exported to EU. Apparently Brits are not fond of the taste of lamb. They prefer chicken nuggets and hamburgers.

But what do these economic dimwit voters say? We must import more lamb from our Commonwealth friends in New Zealand after Brexit. This would kill off every marginal Welsh hill farmer for good!

Same will apply to UK dairy industry. We cannot compete with the mega farms in New Zealand, but we can with French farmers in Normandy just across the channels. As long as we levy a bit of tax on New Zealand Milk. A small price to pay to keep our countryside folk in a job?

Meanwhile industrial producers like JCB and Rolls Royce Aerospace can export a success much as they like globally as well as to EU. The EU does not put tariffs on exports.

You really have to ask yourself: What planet are these Leave politicians on that keep repeating this mantra “UK must be able to strike its own trade deals”? 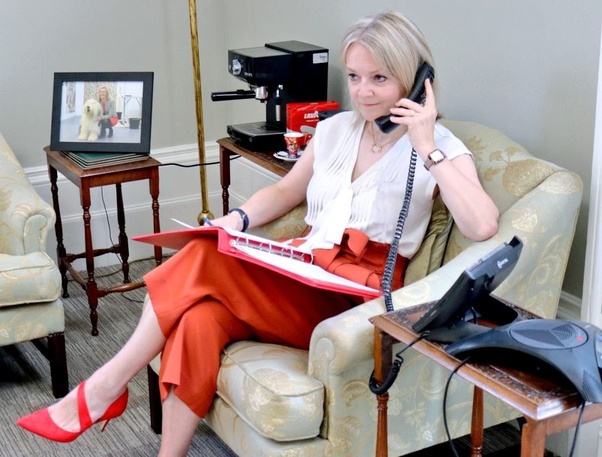 Liz Truss doesn’t know how to use a landline.

Liam Fox was told he couldn’t keep his Airmiles.

Passionate about Identity Management Disgusted at #ukip and #brexit
View all posts by lasancmt →
This entry was posted in Uncategorized. Bookmark the permalink.