How did one little #brexit tweet touch nearly 300 K. Brits ?

As regular readers of this blog know, I am a bit of a keyboard warrior on Twitter active mainly on the #Brexit hashtag. My twitter handle is @lasancmt should you want to check it out.

Of the thousands of tweets I have sent into the ether, every now and then I seem to touch the nerves or souls of either Remainers or Leavers in Twittersphere and it’s highly satisfying for one’s ego to see the number of engagements (Likes, Retweets and Comments) climb and climb by the minute before settling down like a mini dust storm at the end of the day.

Up to this weekend I was very happy with 20-30 k impressions, a few hundred ‘Likes’ and retweets. I would pat myself on the back and convince myself it was time well spent for a good cause: Stop Brexit!

A recent trend on Twitter is to ‘thread’ tweets. Each individual Tweet still has to be punchy with the ability to be liked or Retweeted, but as a thread they tell a mini story, where the sum of the parts ideally is bigger than the same number of single tweets. Think of it as a round fired by a semi automatic weapon where the words are sharper than the sword.

Nothing could have prepared me for the enormous response I got when having a lie in on Friday morning with a cup of Yorkshire tea I threaded 16 tweets together, straight from the heart, in a moment of mad inspiration and despair about Brexit.

You know you’re on a winner when Twitter can’t keep up with the number of alerts:
“You have 20+ notifications! And 5 minutes later again and again. At the end of the morning I was up to 50 k. impressions. By midnight it was 100 k. By Saturday night is was 200 k. impressions and new retweets fanned on my little thread like a bush fire.

For the life of me I do not know why this particular tweet caught the mood of the nation. To all intents and purposes it was a fluke. It led me to think about the evolving scandal of stolen FaceBook personal data and how Cambridge Analytica, for a considerable amount of illegally coordinated spending by the Leave campaigns, managed to swing an election, managed to swing the Leave vote in the UK’s EU referendum and brought about Brexit.

What if, what I consider a lucky fluke of a tweet, they managed to turn into an art form?

What if they found a way to dish out Goldilock’s porridge just right every time for the group they targetted? Not too hot, Not too cold, not too salty, but ‘just right’ every fucking time? What a powerful political weapon. The Excocet rocket of political campaigning. Laser guided individualised messages.  Scary stuff!!

Thread by @lasancmt: “As a Dutchman having lived, worked and raised a family in UK, the feeling that best describes my emotions is: Come on UK, I love you […]” #brexit

As a Dutchman, having lived, worked and raised a family in UK,
what best describes my current #brexit emotions is as follows:Come on U.K., I love you and respect you, but also be aware, there’s nothing special about you as a country that means you deserve ‘special treatment’ from EU.
In the past the U.K. has had the fortune of having had clever diplomats that have secured some opt outs and special consideration when you joined us in our union.
But make no mistake, when the UK did eventually join the EU, we in the rest of Europe were mainly feeling sorry for you and yes, we owed you some WWII favours.
Since then you have done your usual thing of being the loudest person in the room. You’re like the slightly embarrassing uncle at every wedding, with a few good jokes. We’ve listened to you and laughed, mainly to be polite.
We’ve given you the best seat at the table, but it’s never enough is it?
Like when we adopted the single currency to accompany our fledgling ‘single market’.
We felt we had something promising to rival the powerful petrol dollar of the USA.

But you felt you already had a respected ‘Reserve Currency’ in your precious Pound Sterling and didn’t feel the need to join in.Now the € is the second most held reserve currency in the world and the pound is nowhere to be seen. It lingers somewhere in sixth place.

Your volatile Pound  goes up and down like a yo-yo in the markets, an easy target for speculators. How is that bringing back control?
In 2004 you felt France-Germany as a political axis in the EU, were getting just a bit too cosy. You thought it a clever idea to expand EU eastward with the ex- communist countries. This would dilute things a bit. Part of your divide and rule strategy in EU.
The rest of us were a bit more cautious but you, under Blair and Brown,
pressed ahead regardless. It seemed such a good idea at the time.
Now you’re complaining about Polish immigration but did not bother to use your brakes.
Brakes that other EU countries asked for and prudently applied as EU rules permitted.
I could go on and on like this but the main point is you, UK,
never really engaged with us in Europe.It’s been like one foot in the EU and the other in your old Empire.But that other foot really was in some sort of grave, wallowing in Imperial nostalgia.

We’d love to have you back on board, when you shed your backwardness and delusions of grandeur; of being a cut above the rest.

We had such a perfect place for you in mind within our EU.  We all speak English as a second language.  You could have been, could still be the ‘Services Capital’ of the EU as well as for the rest of the world. Services, financial and others, this is something you’re good at. Other countries don’t even know the meaning of the word and what customer friendly is.

But beware, if you don’t want to play ball with the rest of us in EU, we’ll freeze you out.
We’ll just keep using your language and call it Euro-English.

And also as a Dutchman, don’t give me that bullshit that the UK is bankrolling the EU and that when you pull the plug the EU will go tits up.

For starters with a population a third of the UK, The Netherlands almost pays as much in the EU coffers as you British.

But unlike the UK, Dutch really are a nation of traders and we know which side of our bread is buttered. So instead of complaining we grab opportunities of the Single Market and border-less trading with both hands and get our rewards that way.

A brilliant return of investment! That’s how we see our EU contributions.

And when we go on holiday in Spain or go skiing in the Italian Dolomites and see a shiny new E designated motorway or a new EU funded ski lift, we’re proud we paid for bits of that and glad we can enjoy it with the natives. We don’t begrudge pulling Mediterranean countries up to our level of prosperity. It means we can have great shopping and good food on our holidays there.

After all, when all European nations have the same levels of prosperity, the same employment levels and the same protection under the umbrella of the European Courts, then why would we be jealous, why start wars with our neighbours?

I can hear you bleating already NATO kept the peace, not EU.

NATO is a fighting machine, not a peace corps.

One thing I remember from my flower power seventies hippy days: 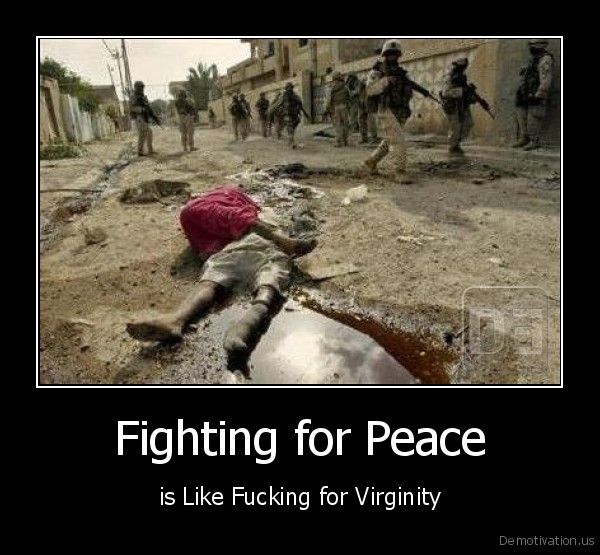 The biggest threat and ‘black swan event’ that’s heading our way threatening all our jobs in EU and creating discord in all our EU societies is not 3rd world immigrants propping up our diminishing population numbers and feeble birthrates.

We need immigrants to do the jobs our kids shy away from. We need nurses to wipe the bottoms of our incontinent parents in care homes. We need fruit pickers and meat packers.

The treat that will hit many of our jobs soon all over the EU, without taking prisoners, will be Robotics and Artificial Intelligence.

It won’t be the likes of @johnredwood & @Jacob_Rees_Mogg that will ensure we all get a fair share of the new wealth and economic growth this will create at the same time.

They’re already busy carving up the rich spoils for their friends in the City of London.

Whereas in EU parliament they’re starting to think about how to handle this in a EU wide context. They’ve even started worrying about robot rights FFS! 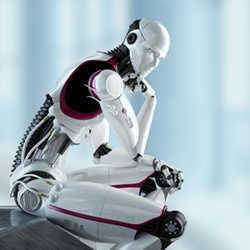 I for one know who’s protection I’d rather be under….@conservatives and @Nigel_Farage and his mate @realDonaldTrump would be the last I’d trust after #brexit

I’d rather sell my soul to @JunckerEU and @guyverhofstadt
overseen by a strong EU Parliament any day!!

I have received amazingly positive feedback from Twitter followers and hardly any abuse from the usual Brexit shouting trolls on Twitter.  I will cut and paste a few below later as comments, but it’s hard to find them back and individually reply to.

So for all your encouragement, likes and Retweets.

THANK YOU VERY MUCH!

Great thread. This is exactly how I feel. We think we're special, but we're not, and despite that we've got a great deal with a decent rebate and more control than other EU countries with our own currency and border. Gonna give that all up for a 3rd class deal. So stupid.

I'm a German and lived in Scotland and England for a total of 12. I have family living there. The vote was a real blow to me. I've gotten over it and am just sad about it. Everything you wrote is exactly what I've been wanting to tell people. Thanks for summing it up so well.

Fantastic stuff. Forensic and damning in equal measure. My daughter is studying abroad through the Erasmus programme and having a great experience but she has felt the chill caused by the decision. One of her teachers in France referred to the British as l'etudiants de Brexit!

Great thread. This is exactly how I feel. We think we're special, but we're not, and despite that we've got a great deal with a decent rebate and more control than other EU countries with our own currency and border. Gonna give that all up for a 3rd class deal. So stupid.